Outpost of the Castellum

A 3D-dive into the Roman past

A wonder of opulence

Man and landscape through the ages

Unravel the past with archaeologists

A time machine about an everlasting theme

Outpost of the Castellum

Climb to the top of a true replica of a Roman watchtower and experience life as a sentry at the edge of the Roman world. What was it like to live at this outpost, day in day out, with just a handful of soldiers? What did they eat, what did they do all day, and what sorts of threats did they have to fend off? Find the answers in the watchtower. . . > read more 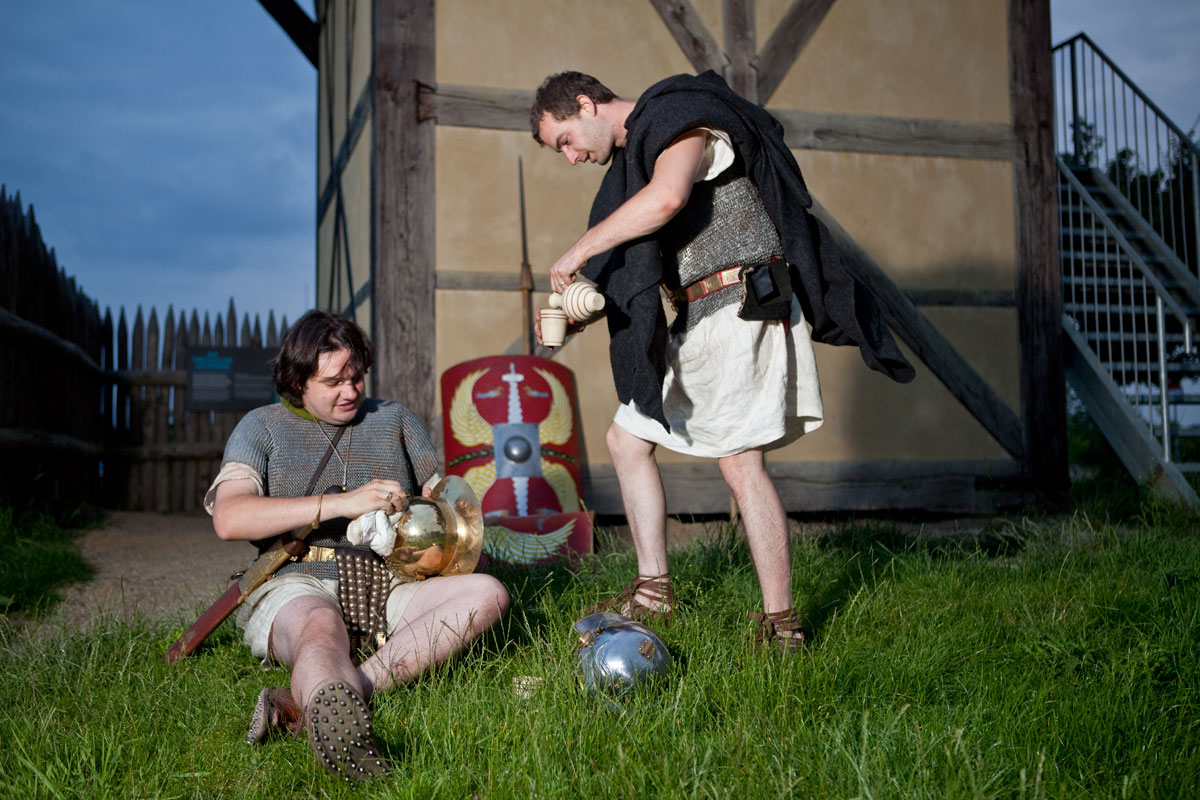 The Roman ship De Meern 1 has been called ‘a piece of Pompeii in northern Europe’. Wrecked for reasons unknown more than 1,800 years ago, this cargo vessel sank with all its contents on board, leaving behind a rare time capsule of life on an inland vessel during the glory days of the Roman Empire... > read more 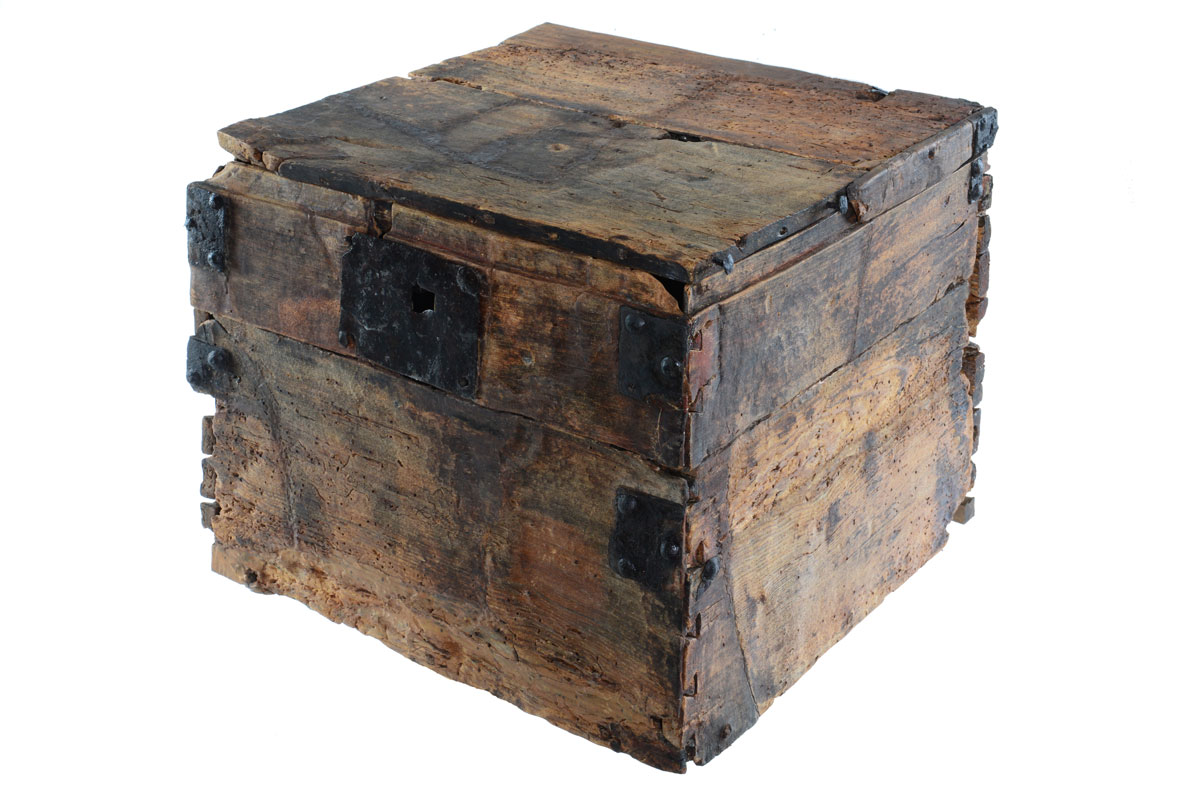 Unravel the past with archaeologists 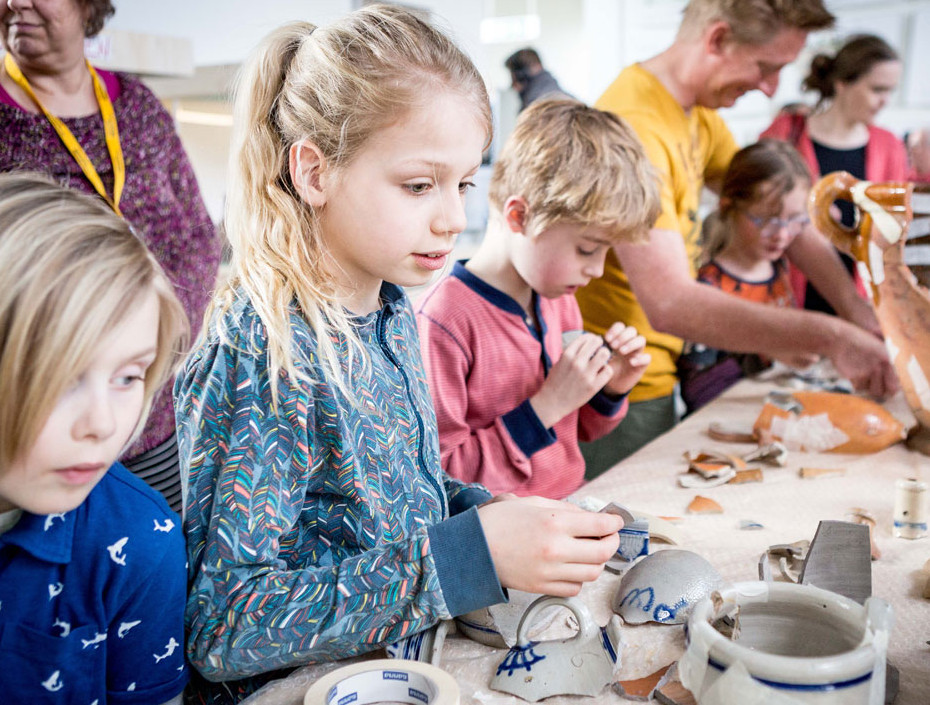 A 3D-dive into the Roman past

Nowhere else in the Netherlands can you walk along the ramparts of a rebuilt Roman fort. The view from the defensive wall offers a life-size experience of the Castellum and all that went with it, while the 3D 'time windows' give a glimpse inside a typical garrison town at the outer reaches of the Roman Empire... > read more 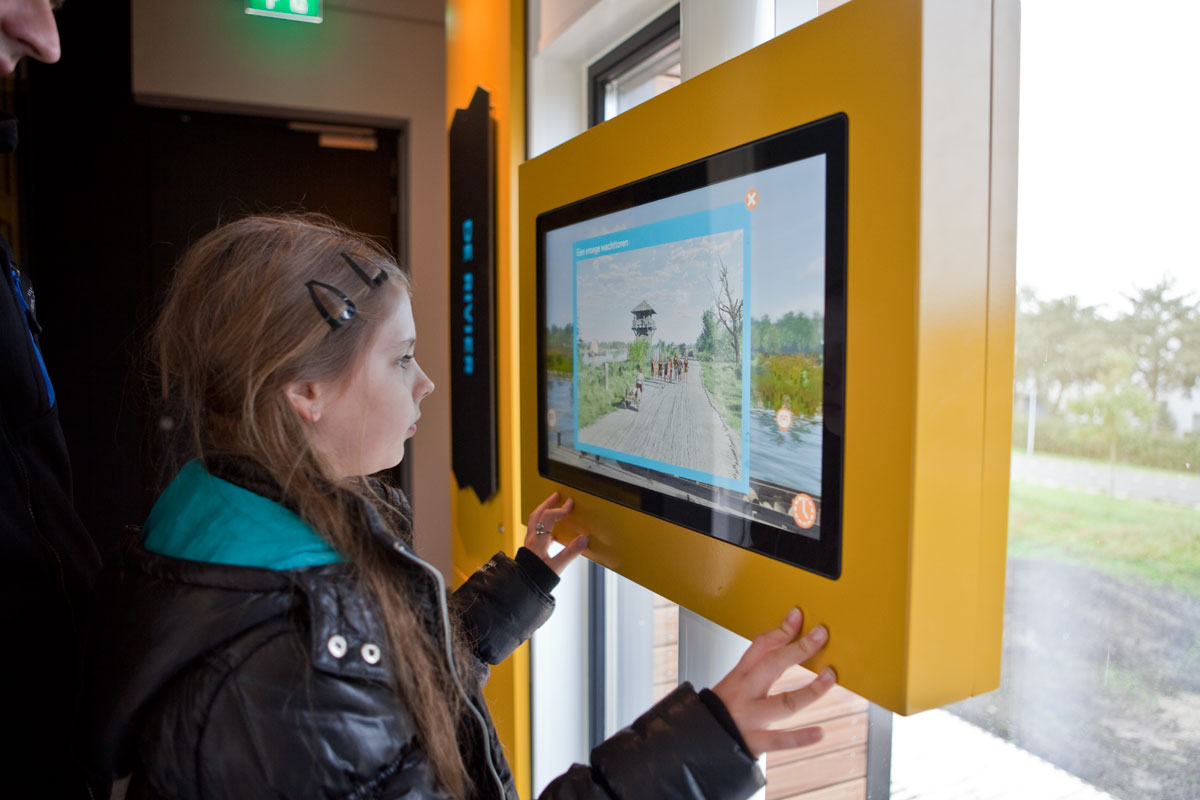 A time machine about an everlasting theme

Take a seat in our marvellous 'time machine' and discover how the worlds of humans and animals have intersected since the dawn of time. Animals have always been much more than just a food source for humans. This journey through time takes you back to a forgotten world of special friendships, plagues and disease, and status symbols and magic... > read more 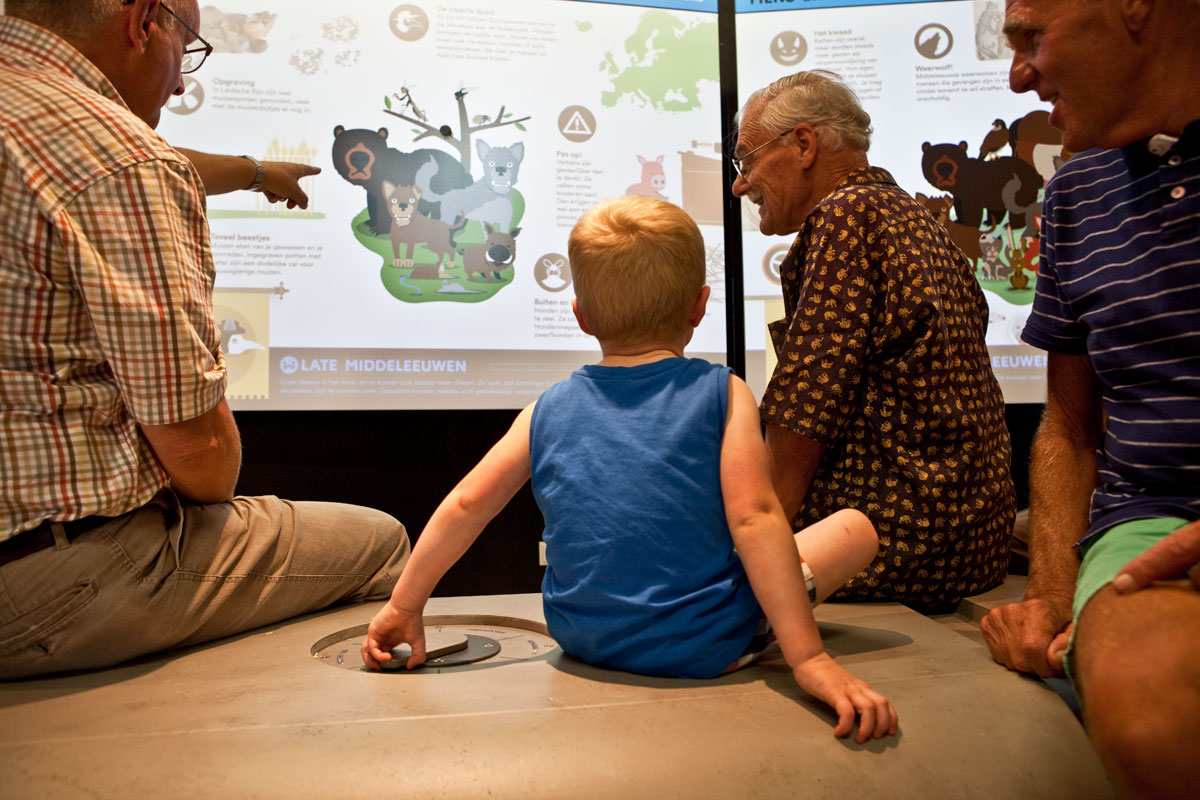 A wonder of opulence

In the Castellum's forecourt, ornamental grass indicates the floor plan of the bathhouse that once stood in this spot. The foundations are extraordinarily well preserved for baths this far north. With its high vaults, underfloor heating and ornamented walls, this sauna complex was a marvel of Roman opulence around the year 200... > read more 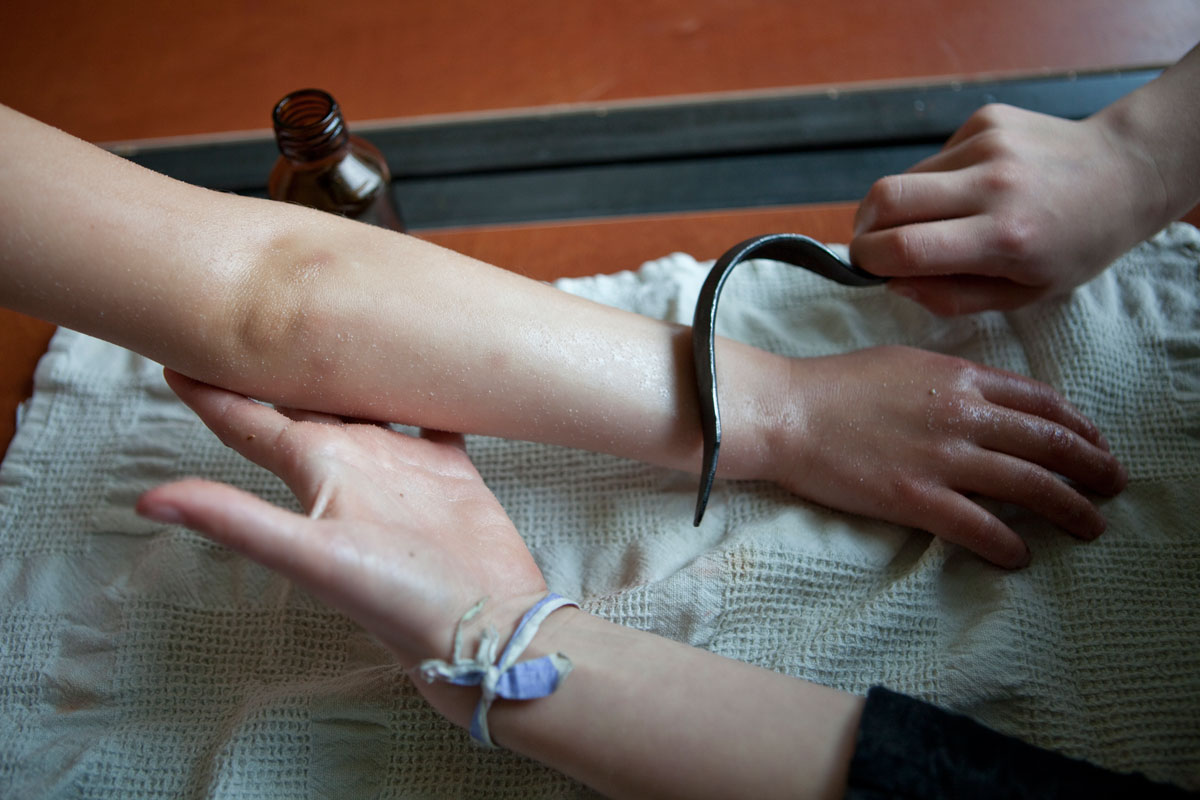 Man and landscape through the ages

Step into the shoes of an archaeologist and discover how human habitation has influenced the surrounding landscape from prehistory to the present day. The world as we know it has been shaped by generations of hunters, livestock and crop farmers, craftsmen, soldiers, knights and villagers over time. Learn how in '3,000 years of life and labour', an exhibition that takes you on a fascinating trip through time... > read more 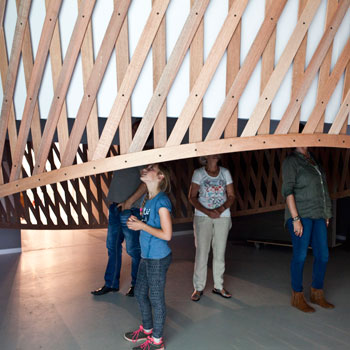 Walking around the park at Castellum Hoge Woerd, you're surrounded by relics of the Roman past: the river than ran along this spot, the roads leading to Rome, the once bustling bathhouse, the camp village with its mix of cultures – and, of course, the Castellum itself! They transport you to the garrison town that used to guard this stretch of the Roman Empire's northern border... > read more

Museum Hoge Woerd is like nothing you’ve experienced before! It encompasses the whole of Castellum Hoge Woerd, a modern-day recreation of the Roman fort that once stood in this very spot. Fly over the fort and discover the museum.

The archaeology museum of Utrecht

In our museum, we take you through the history and treasures of Castellum Hoge Woerd: a contemporary rebuilding of the Roman fort that existed at this exact location several centuries ago. The most treasured piece of art of our museum must be the ship called De Meern 1 with its unique inventory: it is the most complete discovery of a Roman riverboat in Northwestern Europe. We will also take you on a journey through 3000 years of life and labour in the heart of our country, which is Utrecht, where you will find the most beautiful archaeological finds and stories from 25 years of achaeological excavation in Leidsche Rijn.

Our most spectacular piece might actually be the Roman fort (castellum) itself. Nowhere in the Netherlands can you walk on the ramparts of a former Roman fort. Nowhere else will you get such a complete picture of a garrison town right at the Limes, the former Roman border. The fort is built on a archaeological monument of approximately 10 hectares and to this day, plenty of authentic archaeological treasures can still be found right underneath the surface.

Interactive screens and modern visuals will help both our younger and older visitors discover the harbor works, the camp village, the bath house and the grave fields. All of this makes Castellum Hoge Woerd a jewel of the Limes, which has recently been nominated as a World Heritage Site by UNESCO.

All of the above make that Museum Hoge Woerd is thé archaeology museum of the city.